The 4 Most Important Camera Specs of a Gel Documentation System

The 4 Most Important Camera Specs of a Gel Documentation System

Every industry has harnessed the power of improved technology to address old pain points and streamline efficiency — and gel documentation is no exception.

Researchers have long since relied on gel documentation in protein, DNA, and RNA research. This research started with lab notebooks being filled with images that were created by exposing and developing film. Nowadays, a gel documentation system (also referred to as a “gel doc” or “gel imager,”) with a digital camera and sophisticated software has made the process much easier, rapid, and flexible.

The CCD camera is the heart of a gel documentation system and understanding the specifications of the camera system can help you find the best option for your needs. When evaluating a system, these are the four most important features of a gel imager’s CCD camera:

How Four Camera Specifications Can Affect Your Western Blot Imaging:

#1: The Number of Native Megapixels.

A megapixel number (mp) represents the number of individual points in an image. As with consumer cameras, a greater pixel count produces images with higher resolution.

Below is an example of how resolution improves by increasing the number of pixels: 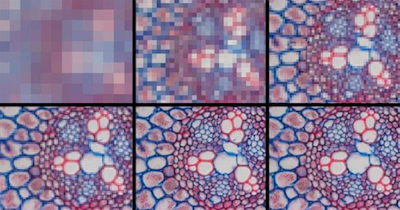 Binning combines several pixels to make a larger, virtual CCD to increase sensitivity. By creating a large pixel out of a 2x2 pixel box, sensitivity is four times greater, and the resolution or number of pixels is four times less.

The image below explains the concept of binning:

Once a pixel is exposed to maximum intensity, it can no longer be used for quantification. The larger the bit depth of a camera, the greater the ability to quantify strong versus weak bands of DNA.

Cooling a CCD is important because this will decrease noise — which, in turn, increases sensitivity. A current is created when a photon strikes the CCD sensor. This creates the desired signal.

Dark noise is the generation of thermal electrons at a given CCD temperature. These thermally generated electrons create noise in the detector. Reducing the sensor’s temperature decreases the dark noise. Our leading product cools to -60o Celsius for reduced noise, whereas many competing systems express cooling from ambient at a much higher temperature. For example, ambient -50o C is only -25o C, or 35 degrees higher than our product.

The effect of deep cooling on noise reduction can be seen in the 3D images below:

Lens aperture is defined as the ratio of focal length to effective aperture diameter. The lower this ratio, the more photons can pass through the lens to the detector. In other words, lower aperture increases a camera’s sensitivity, and reduces the time needed to reach desired signal level.

The effect of aperture value in revealing faint bandscan be seen in the image below: 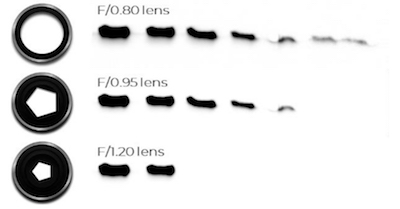 Note: Sensor temperature and lens aperture have a combined effect on signal-to-noise ratio. These camera specs work together to increase sensitivity of an image because:

MIDSCI proudly recommends the Uvitec Alliance Q9 Advanced gel documentation system for its performance in each of these four categories:

Get Started with Improved Gel Imaging at MIDSCI

MIDSCI helps scientific researchers stock their laboratories with the best equipment and research supplies — including the Uvitec gel documentation system. MIDSCI is the exclusive Uvitec dealer for the United States and is uniquely qualified to help improve your lab’s imaging.  The sensitivity and image quality of Uvitec is on par with film.  And we’ve got the customer service team you need to feel confident in your purchase.

Uvitec Western Imaging systems are modular.  This allows for units to be upgraded to fluorescent westerns in the future or included at the time of purchase.  We can accommodate most fluorescent dyes, including Near IR and IR Westerns. Contact us today to start improving your gel imaging!